It's been a very eventful week for College Football Bloggers. Over the last few days, this up-until-now largely ignored medium has made a big splash on the mainstream scene, and I for one am excited about what this means for sports bloggers. One thing's for sure, while this might be one of the first big clashes between the established mainstream media and the ragtag coalition of nü-journalism bloggers, it will certainly not be the last time these two cultures will jostle against each other in the power struggle over sports information. I welcome the fight.

Just to bring everyone up to speed, the incident started on Colin Cowherd's national radio show on ESPN-Radio on Wednesday afternoon. Cowherd had a lengthy segment with a caller where he read a funny fake version of the Wonderlic test that he had found "on the internet", much to the enjoyment of his (I can only assume) throngs of listeners. The problem was, the piece wasn't written by "the internet", it was a fine piece we all enjoyed several weeks ago on the M Zone Blog. After being called out via e-mail, Cowherd fired back with a hastily-worded and quite immature bit of snark unbecoming of someone who has just been caught plagarising. EDSBS broke the story, Deadspin broke the story, and next thing you know, the entire internet was aware, mobilized, and infuriated. By the beginning of this week, the cooler heads prevailed and Cowherd issued a meaningful, albeit slightly terse apology and retraction. The M-Zone took it in stride and has now deemed the matter closed and resolved, with the added bonus of the throngs of attention and free publicity they received. 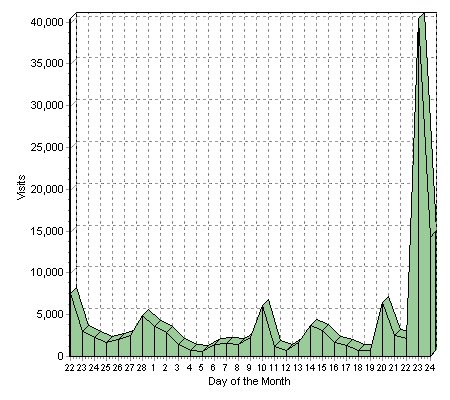 And that's about that, right? All wrongs have been righted, everybody has made good on their responsibilities, and the M Zone was given their richly-deserved credit and more from the whole ordeal. But I'm not quite ready to shut the book on this yet, because I think that this marks a big moment in sports blogging history, and is a foreteller of a great era in sports blogging, punctuated with great strife.

For quite a long time, there has been a cold war brewing between the "mainstream media" and the vaguely-defined collective groupthink of "sportsbloggerdom", which has mainly consisted of bloggers lightheardedly cracking on the serious problems with the ESPN/ABC/Disney monster, while the media fired back by completely ignoring and dismissing amateur crackpots hacking away on computers. A few fleeting moments, the two worlds would happen to scrape up against each other. When the final coach's poll came out, Yahoo Sports put up an article where they mentioned a statistical analysis done by Blue-Gray Sky on coach's voting trends. While it was a great tribute to the fantastic work done over at BGS, it felt a little bit weird seeing the two worlds colliding, even in a very respectful and amicable way.

But last week's actions set off a powder keg of animosity between the blogsphere and the Worldwide Leader, with Cowherd playing the role of Gavrilo Princip, the short-sighted gunman who inadvertantly erupted a World War one fateful day in Sarajevo, 1914. Cowherd's actions, while unintentional, very loudly proclaimed an underlying attitude held by the Worldwide Leader, as well as the rest of the mainstream media:

There are two types of people who write about sports:

In fairness to Cowherd and the rest of the media, it's an honest mistake. Historically, that has been a pretty accurate description of the random chatter that has spread across the net since its inception. But it's no longer the case. In the recent past (more specifically, the last 13 to 15 months), sports blogs have become increasingly organized, more popular, and more professional. Now, when I'm in the mood for a candid and lighthearted breakdown of college football, I don't turn on ESPN, I click over to EDSBS. I don't read the crappy AP box score for a football game when I can read Brian from MGoBlog break down a game at a level of detail several orders of magnitude higher than the fine-print on the back page of the paper. I get the scoop on my favorite team from Blue-Gray Sky or Irish Eyes, and get all my daily news from Deadspin.

I don't do this because I'm a snooty blog elitist, I do this because the information, creativity, and overall presentation of information is superior. It's dynamic, constantly-changing and adapting, sharply and intelligently opinionated, and, at times, downright hilarious shit. My RSS reader has several dozen feeds for sports blogs (which I don't have room to list by name here -- although the bookmark bar on the side is a pretty good cross-section, and everything I've said above is applicable to those sites, too), and I spend a good amount of time reading through those feeds in an effort to become a better-educated sports fan.

And that's the point that ESPN and Cowherd don't get. You can't just say you found something "on the internet" anymore. These sports articles aren't like the "50 Reasons a Beer is Better than a Woman" e-mail your annoying co-worker forwards to you once a month, they're well thought-out and work-intensive observations that somebody worked very hard on and published to the world, free of charge, because they felt it was worth saying. All bloggers ask for in return is an appreciative audience and credit where credit is due. Text "from the internet" is not a free donation to the public domain, and certainly isn't a free donation to ESPN to assist in their commercial endeavors. I think the incident this weekend sent that message loud and clear. The days of ignoring sports blogs is over, and so are the days as dismissing it as anonymous internet chatter made available for the benefit of commercial networks.

Sports blogs are here to stay, and I predict we will see more clashes with the mainstream as the two media begin to compete with each other directly as bloggers move up the food chain in the sports journalism world. My fellow bloggers, keep blogging away. Your time is near.

Yes, I know the rules. House Rock Built Rule #1: If a post ever devolves into overly-serious preachiness, the self-imposed penalty will be posting a picture of a man dressed up like a piece of fruit. Feast away, ye savages.