Not much posting this week, you say? Okay, fine, maybe there's a case to be made for that. But you have to understand, we have an ass-kicking excuse. While the rest of you were working or walking your ferret or whatever you do, we were on a self-destructive binge drinking marathon with our editor-in-chief, president emeritus, spiritual mentor, and majority investor Knute Freaking Rockne. And why was old Rock in such a good mood and willing to pick up our tab? Because it was his birthday. 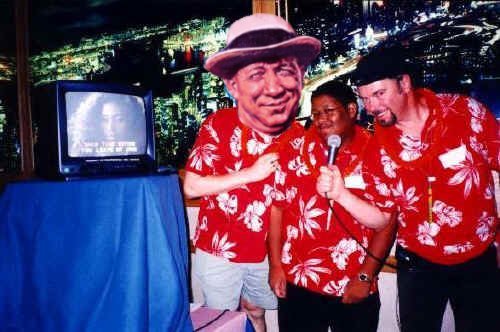 The Rock loves Journey. I mean he freaking adores Journey.

Now maybe we were being disloyal to our readers by going on a six-day bender with am 118 year-old coaching legend, shamelessly shirking our professional responsibilities to keep you up-to-date with collegefootballdom. But fear ye not. After week of jager bombs, cheap beers, an ungodly amount of some wretched Norwegian liquor called Akvavit, three nights in a rat-infested Oslo prison, two divorces (including one annulment), and an unforgettable session of blood dialysis (courtesy of the Norwegian Rat-Tick and its aggressive transmission of brain-eating protozoan parasites), we're back in business. Put some flapjacks on the grill, Sally.

The water of life. Also the water of blood-in-my-urine-for-six-months.