It's a watershed week for the Great American Mascot Hunt. If you're anything like us, you're sick with anticipation of the mascot matchup of the century, when the Patriots of George Mason and the Wichita State Shockers square off tonight for a classic Sweet 16 matchup. While we've already paid tribute to Gunston, we would be remiss in our duties as mascot hunters if we didn't pay homage to the undisputed champion from the great state of Kansas: WuShock the Wichita State Shocker.

Designed by a World War II Marine, Wu's image has constantly been "toughened up" with each revision, resulting in the surly bastard you see today. Plus, his name is Wu, which reminds me of the opening scene in The Big Lebowski. 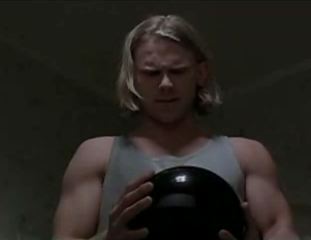 Wu, isn't this guy supposed to be rich?

In four and a half hours, we'll get to see the two teams square off for superiority, but the more important question is: Who would win in a steel-cage deathmatch? No rules, no holds-barred, two mascots enter, one leaves.


If there was a mascots' division of EDSBS' Coaches Deathmatch, this would be the main event.