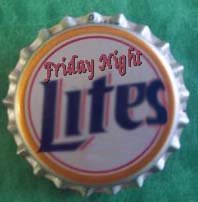 A somewhat abbreviated and horribly delayed Friday Night Lites is up. This week, we welcome the Sunday Morning Quarterback to the show. We caught up with the SMQ at halftime of the Louisville - West Virginia game and chatted about the BCS, the state of college football as the season winds down, and who is for real and who is a fraud.

Sadly, we didn't have time for a lightning round, but we've got a raincheck on that. I think the SMQ can cause some serious damage and rightly deserves a shot at the title, much like an undefeated BCS team deserves a shot at a national title (nice segue, huh?)

Anyway, listen to the chat and enjoy. It seems like we're both like-minded in the scathing necessity for a college football playoff, and as such we're both rooting for massive chaos come selection time and the continued debasement of the mythical "BCS championship" crown.

Labels: Blogjammin', Hooray for Prodcasts, The Insanity of the BCS