Not to be outdone, there was some fine achievement on the defensive side of the ball for All-Hairmericans. You can catch the offensive All-Hairmerican team (and Hairsman Trophy Winner) right here. Let's have a look:


We'd like to congratulate all these young men on their achievements and wish them the best of success in their future careers. You've earned it, fellas. 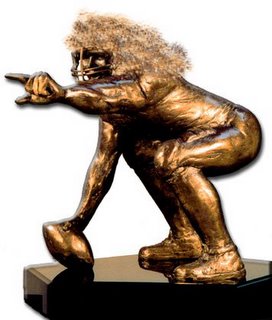