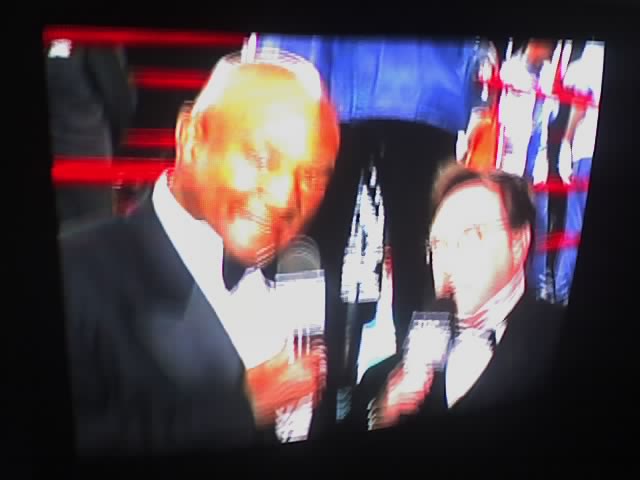 George Foreman might very well be the Keith Jackson of boxing. A classic name and face for the sport whose sportscasting ability is mired by a lifetime of blows to the head.

Thrice already they have mentioned that today is the eve of the Puerto Rican Day parade. Hello, drinking game!

8:00 PM: So, let me get this straight... the weight classes are: Featherweight, Lightweight, Ultra Lights, Ultra Lights with Menthol, Lights with Wings, Lights Ribbed for Her Pleasure, Midgets on Steroids, and Magnums. I think that's all of them... any boxing afficionados out there to confirm that?

Tip for you gamblers: always bet on the wispy Mexican with a mustache.

9:50 PM: And the big Irish guy takes three pints of blood out of the bald guy, prompting the refs to stop the fight. Three quick KO's and now the main event.

By the way, where is Mills Lane? They must be keeping him really busy over at celebrity deathmatch if he can't make it out tonight.
UPDATE: Well, Wikipedia gives us some bad news. Appears he had a stroke in 2002 and is partially paralyzed. Very tragic, he was the best there ever was. 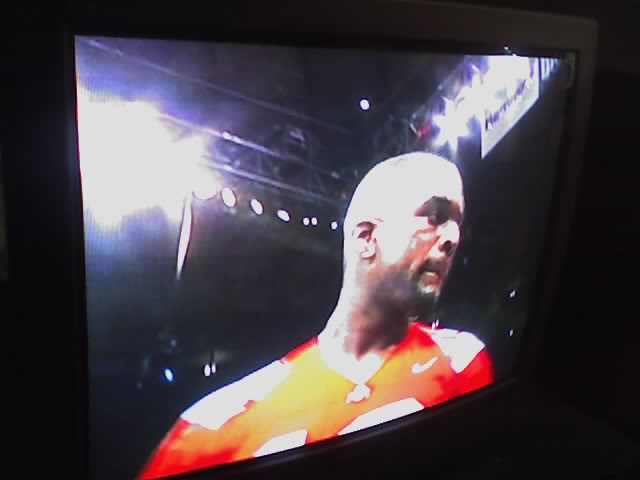 And in comes Robert Bell, sporting his Ohio State jersey just as promised. He's wearing the number 12. Since you're lazy, I'll go ahead and look it up. It's benched quarterback and Eminem look-alike Justin Zwick. Way to keep with the times.

"Bell is wearing the official colors of his favorite team: Red and White!" Red and White? Might want to pick up a brochure on Ohio State, smart guy. Scarlet and Gray might be a bit more appropriate.

Bell has a dozen pounds, two inches of height, and four inches of reach on Zbikowski. He's also twice as old and apparently was unable to get into the Ohio State University.

10:05 PM: Here comes Zibby. The Irish guy from the last fight is in the hallway cheering him on as he comes out. There's a gospel singer performing the fight song... I'm going to give Tommy Z the benefit of the doubt and say that was probably the promoter's idea. I would have picked "Domo Arrigato, Mr. Roboto". 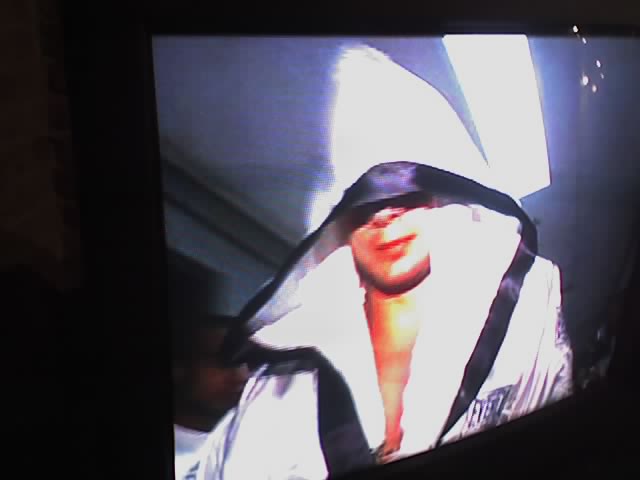 "In ancient times, there was an ancient race of people called the Druids. Nobody knew who they were, or where they came from... but their legacy remains in Stone."

Miniature Stonehenge model curiously absent. At least it isn't at risk of being crushed by Flyweights.

24 Karat gold gloves for Tommy Z... nice touch. Plays off of the Notre Dame helmet thing and the "gold gloves" thing. Entendre all over the place!

The lads from the football team form a human tunnel... Samardzija, Ndukwe are prominent. Bell is introduced with a mixture of golf-clapping and boos, the Garden explodes when they introduce Zibby. Even the bluehairs in the monogram seats.

Where's Laura Quinn in her half-and-half jersey?
Oh, that's right... she's making her own professional debut on the other side of town. Oh no I didn't.

10:15 PM: Allright, enough shennanigans, let's get ready to rumble! (My lawyer has just informed me I cannot use that phrase unless I want to pay $100,000 in roaylties to Michael Buffer).

And there's the bell. Perhaps I'll go take a pee now so I don't miss anything in the later rounds... 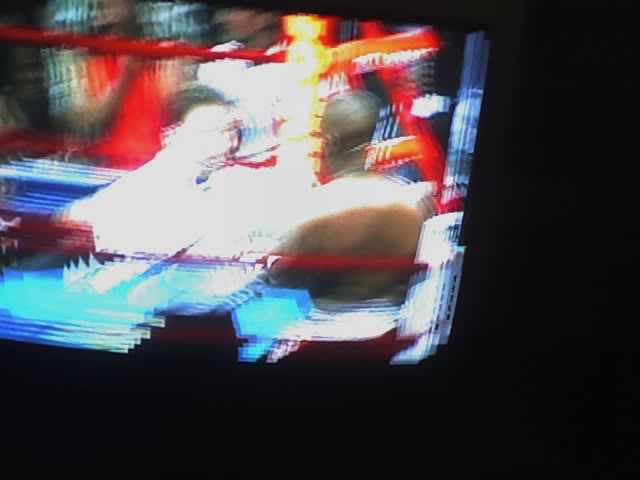 Down goes Glass Joe, bring on Don Flamenco. Seriously, tell me you don't see a resemblence.

Post-fight interview, Zibby announces his next stop is winning the National Championship. Any of you punks want to try and stop him? 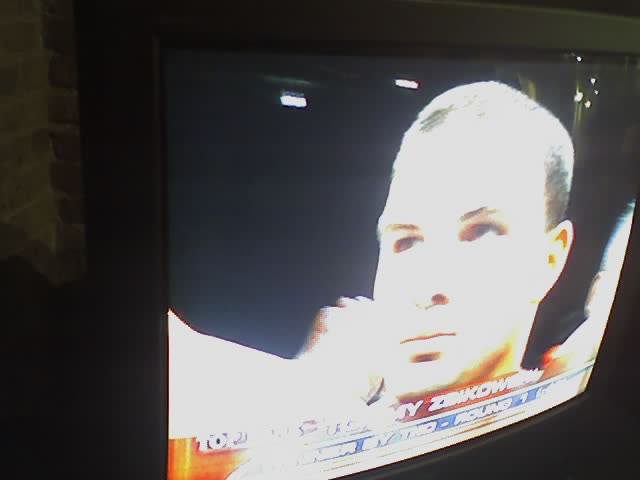 Bow to your sensei.