The oft-hilaroius, beleageured Miami linebacker Willie Williams has finally found a new home for his college football playing days: he will be transferring to Pearl River Community College. Those of you unfamiliar with Williams and his antics are directed to this couplet from the Associated Press:

After Miami signed Williams in 2004, it was discovered he had been arrested 10 times as a juvenile.

He also pleaded no contest in 2004 for two separate episodes that occurred in Gainesville, Fla., during a recruiting visit. He faced a felony count of setting off fire extinguishers at his hotel, and a misdemeanor battery charge for hugging a woman without consent. Each plea resulted in a year's probation.

Anyway, best of luck to the newest member of the Pearl River CC Wildcats. As an unrelated hilarity, check out the banner on the top of the PRCC page: 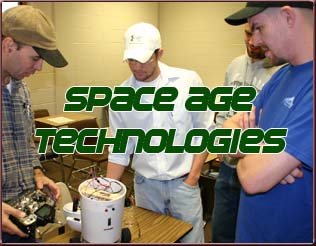 Space... age... technologies? Really? Because it kind of looks like four drunk guys blowing up a water bottle with dry ice. I guess folk in Mississippi are lagging a little bit behind in this new technology wave. Another feature of their world-famous science facillity is a handheld portable cellular phone, weighing in at just under ten pounds. 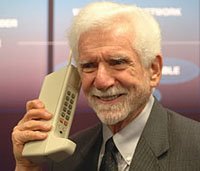 Gather round, y'all, and enjoy this newfangled technology!