Who Wants the Second Golden Ticket?

The time was, when it got down to the heated last few weeks of the football season, all you had to worry about was how the pollsters were going to react to what you did, then how the bowl game results shook out. Now, with the BCS title game, the BCS championship winner is decided in December (that is to say, the field is narrowed down to two teams, barring some wacky split title situation. What's even worse, they threw a bunch of computers into the mix, so that there are three unrelated measuring devices all working on their own bizarre set of laws and axioms that determine who gets that magical second golden ticket.

You can hack around in the computer matrices to get an idea of possible scenarios, you can spend hours and hours pouring over possibilities over beers with your buddies (check), or, fuck it, you can just come right out to the media and start pre-emptively crying like a little baby about the cruelty of the system and openly lobby for support from the pollsters. 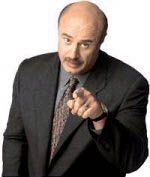 Hey, win or lose, let the tears flow and the healing begin

Anyway, my insta-pundit analysis is up at The Fanhouse, and I go into some detail there about my read on the latest set of garbled data from the BCS warehouse. The long and short of it?

The bottom line? If you're a BCS lover who wants to see the system peacefully put together a championship game that will have the minimum of tears and bloodshed, you had better root for Southern Cal as hard as humanly possible this weekend, as USC winning out provides the most clear-cut claim to the #2 spot.

But if you like chaos, burning couches, mass rioting and decades-long bloodfeuds that might very well begin the slow death of the BCS, cheer as loudly as possible for Notre Dame to beat the Trojans. And just for good measure, root for Arkansas to beat LSU and Florida. Essentially it will come down to the mania of the pollsters and which team they irrationally catapult to the top of the rankings in reaction to their big win. If the numbers get really tight, it could very well come down to how these teams' opponents fare in the last few weeks, as every precious fraction of a point in the computer rankings will be valuable for a BCS championship dream. Also, don't be surprised if the #2 team in the polls is shut out of the BCS championship due to computer scores, setting up a perfect opportunity for a split title should Ohio State falter in the title game.

Just one man's take on this crazy drug trip known as the BCS. I'm getting that out of the way now, as I want to spend the rest of my abbreviated week getting mentally prepared for USC, partially because it's the biggest game in Charlie Weis' career, and partially because the more I think or obsess about the BCS, the further down the rabbit hole I fall, plunging helplessly into a dark insanity that no man can return from... which I can only presume is a bad thing. After this post, BCS discussion will be minimal, but perhaps I'll put together a "Tale of the Tape" for old time's sake (remember those?) 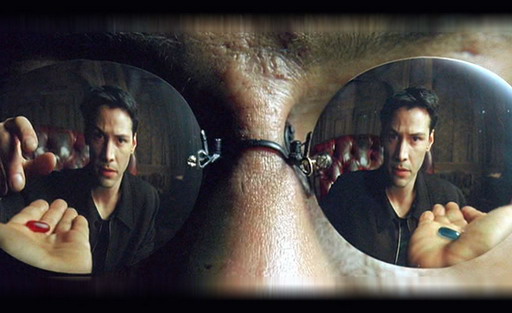 Oh, God. Why did I take the red pill?

Anyway, I'm flying out to Southern California on Wednesday this week, and between the traveling and turkey-ingesting, I'm pretty sure I'll be unable to give you a proper week's full of posting (again... I know. Commence the flogging). However, I'll do everything I can to get the hate flowing for USC, plus I have a Q&A with boifromtroy that will be coming up on our upcoming Blogjammin'. Now let's beat the hell out of some Trojans.

Labels: Let The Hate Flow Through You, The Insanity of the BCS, Urban Meyer is a Weasely Bastard