Blogpoll: I'm Gonna Make it Through This Year if it Kills Me

And down goes Southern Cal! Many of you are probably wondering if I was disappointed when Oregon State deflected the game-sealing two point conversion at the line of scrimmage, effectively killing Notre Dame's (albeit cosmically imperceptible) chances to weasel their way into the BCS championship game with a win over an undefeated USC. Your question would have been answered immediately, when I stripped down to my underwear and ran around Milwaukee Avenue clanging pots and pans together and singing "Me and Bobby McGee" in a hoarse falsetto. 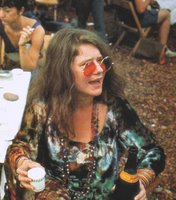 It kind of looked like this, only drunker, paler, and nakeder.

So... right. Long story short, you can't really control your primordial impulses when you're watching a football, no matter what sinewy logic dictates otherwise. Our slim-as-hell title hopes might have drowned hand in unlovable hand with the Trojans, but I'm a tough kid, really. On a personal note, Southern Cal has only lost three games since 2003, and on both of those previous two losses, I totally got lucky later that night. Did the streak continue? Sadly, you my loyal readers will never know.

Ultimately, it's a positive thing that this insane streak of invulnerability came to a conclusion, as the closer the Trojans ascended toward football Nirvana, the more irreversible their hold on the power in the league became. Maybe this show of human vulnerability will be able to tip the scales in the long-term a tiny bit. Still, a hell of a run for the Trojans and a polite doff of the cap to their outstanding success.

So, now what to do with these now-mortal Trojans in the rankings? Well, gather round and listen to my breakdown:

Bye, Arkansas. Why the hell are you playing 1-AA Southeast Missouri State and Sun Belt bottom feeder Louisiana-Monroe in the middle of November. Shame on you. Go to bed without dessert. Beat Tennessee and LSU and we'll talk.

...and some crap I threw together. A hearty Wilkommen to the Golden Hurricane of Tulsa. Gots to show that mid-major love.

Labels: Blogpollin', Let's Get Naked, Southern Cal Can Eat a Fat One, We're Getting Wasted Tonight