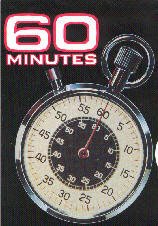 Here's a quick multimedia-friendly post for you crazy kids out there. First up is the extended footage from the 60 Minutes piece on Charlie Weis that aired tonight. I was stunned by how much of a "puff piece" it was, ultimately. I get this weird nervous twitch in my eye every time I hear that a television show is doing a piece on Weis or Notre Dame, as I begin to smell that inevitable hatchet swing and some sidelong reference to the phrase "tarnished dome". You can imagine my surprise when I saw how complimentary (or perhaps I should say ass-kissingly) it was, especially with the scandalous promos that were being shown all week.

Watch the wired up segment, it will be, like, the best five minutes of your life. If you close your eyes, you think you're listening to a Tarantino film.

Next up is a YouTube clip from the Iowa-Northern Illinois game that has been making the rounds through Deadspin, The Wiz, and The Fanhouse. Not exactly sure who to Hat Tip on this, so a blanket huzzah to the Internet Tubes. Anyway, the announcer gets a little sidetracked explaining the tender, sensitive touch necessary to catch a pass, and then kind of outs himself. A weird and funny awkward pause immediately follows.

Hopefully that will tide you over for the morning. I've got the Blogpoll and a Special Guest columnist coming up later today.