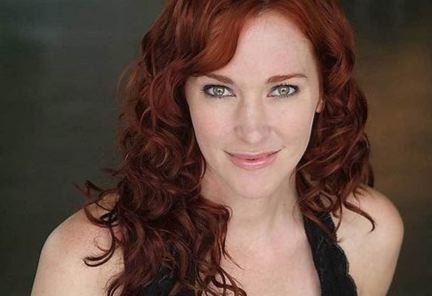 This latest Roundtable is hosted by a fine Georgia blogger who goes by the name of Hey Jenny Slater. A quick googling indicates this seems to be in reference to a character in Grosse Pointe Blank, so that's cool, I guess. To be honest with you, I don't quite get the reference. I went to that movie in high school, but I actually spent the entire time making out with my (then-) girlfriend and more or less ignoring the movie. Ahhh, movie theaters, or as we used to call them in high school... $8 motels. Such innocent times.

High fives all around, and now... onto the roundtable! My sidekick tonight is 312 Urban Wheat Ale, brewed in the great city of Chicago. A friend of mine said it tastes like "Christmas in your mouth", which while kind of creepy is a fairly accurate assessment of the wheaty flavor explosion of this fine ale.

1. We're just a few weeks away from the end of the regular season, so everybody should have a pretty good handle on how good their teams are and what sort of records they can expect to finish with. Looking back over the season, which was the game where your team really defined itself in 2006, for good or ill? Or to look at it another way, which game, win or loss, was most representative of your team's attitude and style of play this season?

Boy, how do you define the Irish this season? I guess you could call them a heartbreaking 8-1 team, if that term makes any sense. Flashes of brilliance and dominance, flashes of inept and heartbreaking bungling, and even more flashes of magical touched-by-fate miracles. It's been a rollercoaster ride, but ultimately an unsatisfying journey into success tempered with the realistic belief that at any moment the wheels will fall off.

I guess, then, the most appropriate embodiment of this season was a little football game played on a stormy night in the depths of East Lansing against the not-yet-dead Michigan State. There I stood, frozen to the bone and soaking wet in a monsoon, cursing the very days that Brady Quinn and Charlie Weis were born, desperately wanting to throw myself off of the nearest ledge of appropriately-fatal height and put an end to this disaster. And then, suddenly, the rain stopped. Brady Quinn started hitting receivers in stride. The defense transmogrified into a killing machine and refused to allow any yardage. A fumble drops to the turf. A fade to the end zone hits Rhema McKnight in stride. Holy shit balls, this is a one-score game.

I'm still having trouble recounting the exact details of that final two minutes, because that memory is lodged in a corner of my cerebral cortex that is hardwired to the glands that produce dangerous rushes of seratonin and endorphins. Even trying to think about what happened causes me to black out for two hours and wake up in a Hardee's bathroom with dilated pupils and an ear-to-ear grin that would require immediate medical attention if it lasted more than four hours. This team ain't perfect, but they've got stones, and they're able to put on their big boy pants when it matters. They're not a dominant juggernaut that demands respect in the mythical national championship picture, but they're a team that plays with enough testicular fortitude to cement their place in the top eschelon of my favorite Notre Dame teams ever. 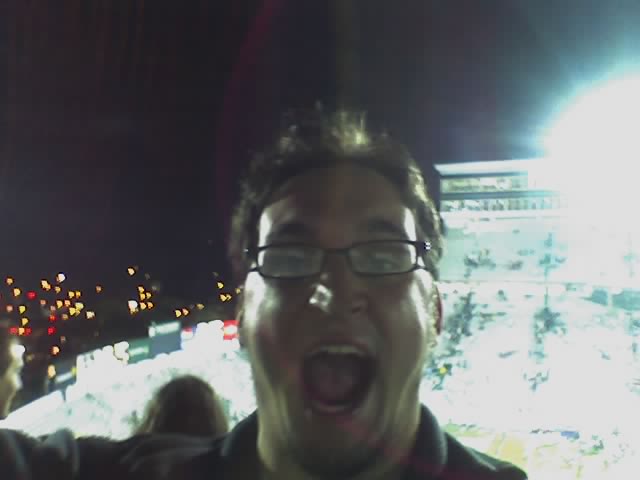 Taken seconds after Lambert's game-winning pick six. You can't fake this look. No drug can reproduce this feeling.

2. Are there any teams you think are still hugely overrated? What about underrated?

Meh, ratedness is overrated. I think there's a solid consensus on who the top ten teams are, and their positioning respective to one another is mostly academic and unimportant. Brian @ mgoblog brings up a pretty point by showing that Texas and Notre Dame have identical resumes this year, right down to agonizing home loss to top two team, embarassing come-from-behind victory against overmatched bottom-feeders, and a mere smattering of top-level victories. And yet Texas holds an unassailable position in the top four while the Irish are struggling at the bottom of the top ten. One of these teams is not appropriately ranked. Personally, I think that Texas belongs down in the quagmire of one-loss teams at the bottom of the top ten alongside Notre Dame.

3. Did your team play any Division I-AA opponents this year? If so, do you think it benefited your team at all? If you were a coach or an NCAA official, what policy would you have toward scheduling D-IAAs?

Hell no, Scooter! Well, unless you count Stanford, which is a year or two away from going Division III. Kudos to the Irish for not playing any 1-AA teams, but I'm still miffed by Kevin White's decision to slate all three service academies this year. I have the tireless job of defending Notre Dame's schedule every year, and it makes it infinitely more difficult to do so when the haters can easily point out that Notre Dame played three service academies.

Why, oh why must you hate America so much, Kevin White?

Frankly, I don't really care if teams play 1-AA opponents at the beginning of the season to get the machine oiled, have a worry-free late-summer drinkfest on campus, and give a bunch of money to a struggling program. It's a little different, though, when you see a team in the middle of a mythical national championship hunt play Northeast Louisiana A&M in the middle of November. That's a joke and a crime and should result in a flogging at the hands of the pollsters. Eat your cupcakes in September, then play some ball. If you need a rest, play some service academies... I guess.

4. Which not-a-typical-national-powerhouse team (i.e. no Ohio States or USCs) has played well enough this year to set themselves up for a breakout season in '07?

Ole Miss. Because the Orgeron is standing outside my window with a hunting knife mimicing that he will slash my throat if I don't give a shout out to the Wild Boyz. So there. 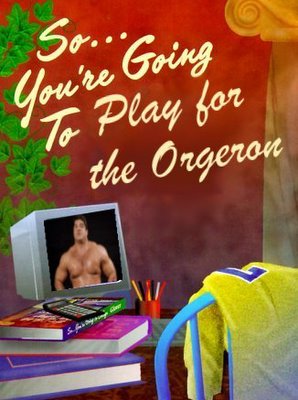 5. Take a look at your team's bowl prospects this season. Which bowl(s) do you think you have a reasonable shot of ending up in? Of the teams you might likely face in a bowl, which team would you most want to play and why (maybe you've always wanted to see how your team would match up with them, maybe there's an old score you want to settle, or maybe you just want to finish the season with an easy win)? Conversely, which potential opponent would you really like to avoid in a bowl game?

It looks like the Irish have a pretty good shot at a BCS game. Obviously, a win over USC will cement that, but even a close loss wouldn't completely put that dream to bed. The skinny is that the Sugar Bowl would be the most likely destination for Notre Dame, since the Rose Bowl will undoubtedly use its compensatory pick to nab the loser of the OSU-Michigan tilt.

I'm licking my chops at a Florida-Notre Dame matchup. There are so many delicious undertones: the Urban Meyer angle, the Cheerios Bowl, and the prospect of trading drunken haymakers to the cranium with Orson Swindle on Bourbon Street while throngs of horrified hookers stare at us, mouths agape. Furthermore, I think the Irish have a fairly favorable matchup, since I get the feeling that Urban's knifewrench offense will not be able to completely blow the shaky Irish defense the crispy pieces. 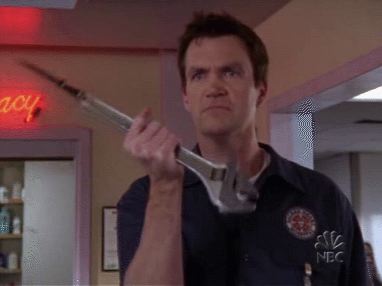 6. In a roundtable question during the off-season, we were asked whom you'd pick if your current coach fell deathly ill and you had to select another coach to lead your team to victory. Let's turn this around and imagine that you've somehow schemed your way onto the search committee to select your biggest rival's next head coach. Which rival would that be, and which coaching sooper genius would you try to stick them with?

As funny as it would be to see Tyrone Willingham pacing the sidelines at USC or Michigan, I don't think I'd wish that fate on anyone. John L. Smith at Michigan might be funny to see brian@mgo to pull a Mike Valenti of such epic proportions that it would erase all memory of the original.

But, eh, I'm not that vindictive. I'm fine with our rivals being well-coached and successful teams, as long as the Irish also have a somewhat competent coach.

So there you have it. We had some laughs, we shed some tears, and Ed Orgeron didn't butcher me in my sleep (yet). Thanks for hosting, HJS!