The House Rock Built is Woozy

Sorry for the lack of updateage, but life intervenes. A large portion of my day was lost to a blood drive at the office, where the House Rock Built made its official donation to the blood supply. That's good news for you O-Negative Chicagoans out there, as it means you can ignore your nagging overprotective wife and go ahead and trim those pesky tree branches with a chainsaw in the middle of the night after drinking two bottles of wine without fear. I've got your back. 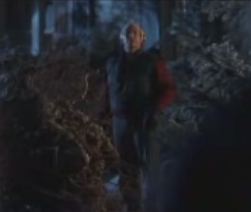 Two lessons learned. First, when a screener asks you if you have been to Botswana and had sexual relations there in the last twelve months, answering "That's classified" and winking will not elicit the slightest of laughs. Second, you don't want to piss off somebody who is about to jam a needle into your arm. 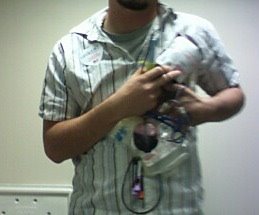 There's more alcohol in that bag than there is in your entire refrigerator.

Anyway, everything started to get a little bit woozy after that. I had these crazy visions of John L. Smith getting fired. Then I had visions of winning a major award over at the blogpoll. Then, I spent a few hours wandering around in traffic on the Kennedy expressway. 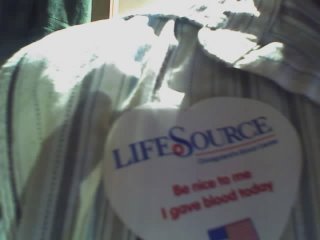 Long story short, I decided to invent a drink to commemorate John L.'s sad and grisly departure from the coaching scene. I was thinking of something that can truly encapsulate the bitter and gag-inducing horror that was Johnelle's career, and I think I came up with a winner. So here's the "Screaming Johnelle":

Do one of these, and you instantly transform into Mike Valenti, two of these and your boss screams at you for urinating in a plant in the center of the office and sends your disgraceful ass home in a cab. Score, three day weekend! Prost!